According to econometric study, rising income is the most powerful long-term driver of Indian gold demand. This is good news for gold demand, since the economy is expected to benefit from a demographic dividend, with per capita GDP growing at a rate of 23% between 2022 and 2026, according to the IMF.

However, despite being the world’s second largest gold consumer, India’s per capita consumption remains low. In the short term, demand will be hampered by falling household savings rates and agricultural earnings. Although income is the most important long-term driver of demand, it is influenced by a range of other factors, including policy decisions. Support from such measures is currently lacking as policymakers only consider gold demand through the lens of imports.

Meanwhile, initiatives to promote transparency in the sector are fragmented. Building consumer trust and increasing consumer knowledge, combined with innovation, can help improve India’s gold industry’s image, stimulate domestic demand, and allow it to play a key part in reconstructing household finances in the post-COVID era. 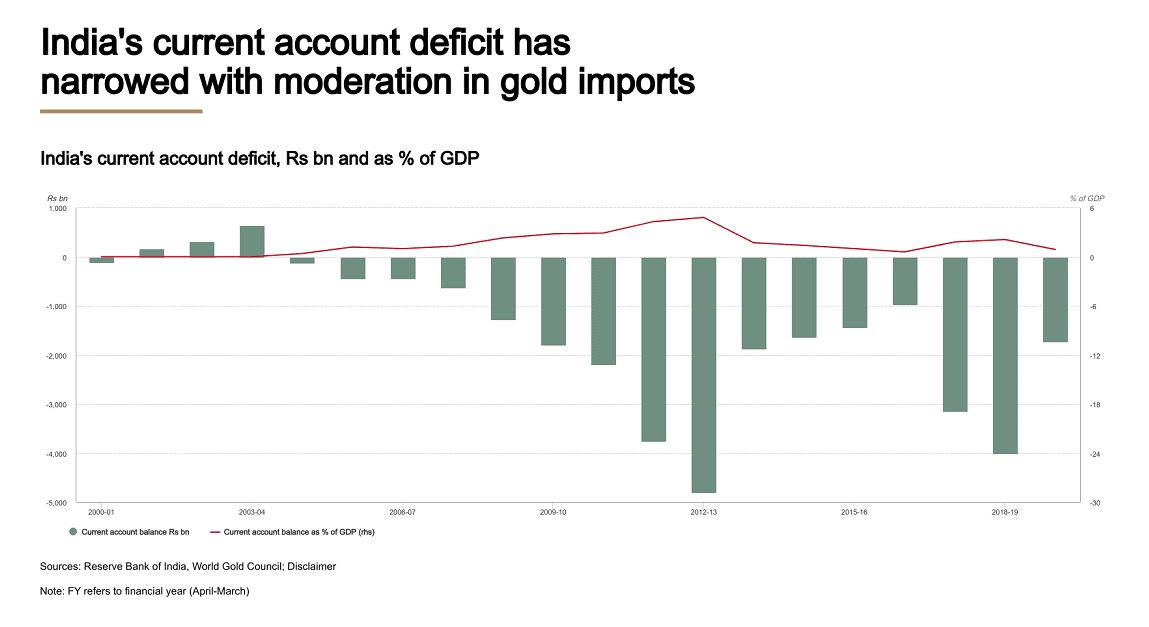 The factors that influence gold demand in India are numerous and diverse. Cultural affinities, long-standing traditions, and festive gifts all play a part. These qualitative characteristics, however, are supplemented by quantitative factors, which provide extra and crucial insights.

Quantitative factors in India gold demand
Researchers used econometric model to analyse three decades of annual data, from 1990 to 2020, to determine some of the key factors driving gold demand in India.

While the impact of income and price on demand is well known, their relative importance is probably more surprising. Simply said, demand is more responsive to income than to price. This was clearly illustrated between 2000 and 2010, when demand surged by more than 40%, from roughly 700 tonnes to 1000 tonnes per year, despite a 137% increase in the rupee gold price. Meanwhile, per capita income increased by 77%, more than compensating price increases.

India’s demographic dividend
With 1.3 billion people, India is the world’s second most populous country. The population is not just large, but its demographic pattern is also projected to provide major economic benefits. Unlike many other countries, India’s population is young and is likely to stay that way for many years. The median age across the country is currently 27 years old, and it is expected to remain below 35 for the next decade. 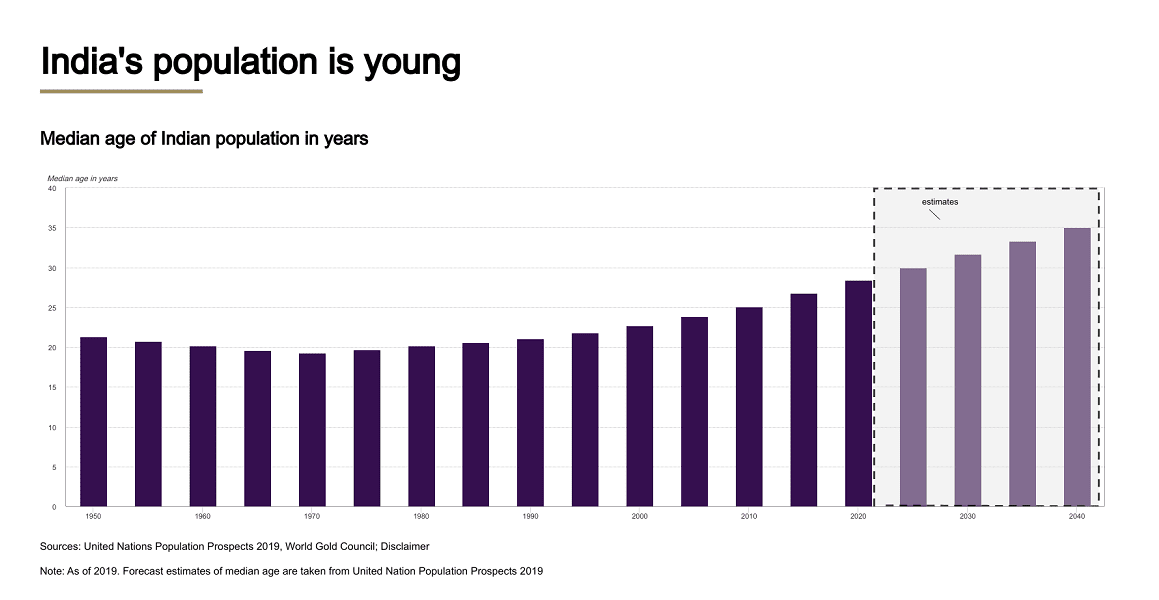 Simultaneously, the dependency ratio has been quickly decreasing as the working-age population (aged 15 to 64) has grown faster than the dependent population (aged below 15 and above 64). This trend, which began more than half a century ago, has become particularly marked in the last 20 years and is predicted to continue in a similar vein until 2040. As a result, between 2021 and 2041, the working-age population is predicted to expand by nearly 7 million people every year. 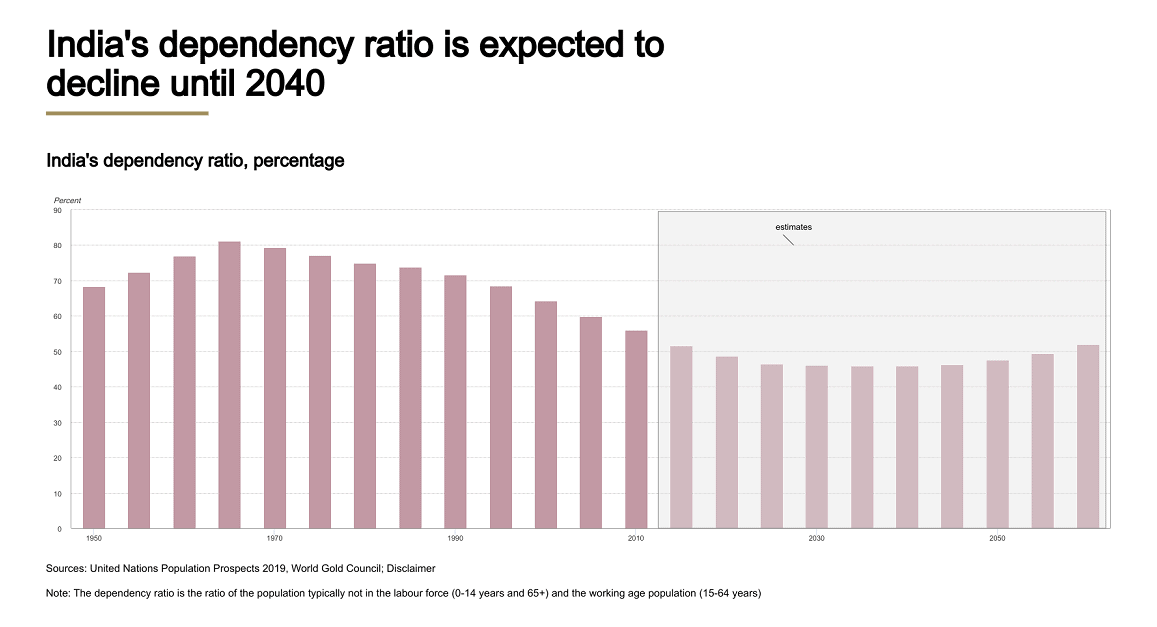 Regional preferences, demographic shifts, and gold demand
While India is recognized for its widespread affinity for gold, this is especially true in rural areas, where jewellery ownership is far higher than in urban areas. Consumption patterns are likewise different in the city and in the rural. In rural communities, jewellery is seen as both an investment and adornment. Bars and coins are the most popular investment options for city inhabitants. As Indian cities and rural regions grow and evolve, these differences become increasingly important for gold demand.

Gold jewellery is quite popular among Indians, and it accounted for more than 75% of overall gold demand in India between 1990 and 2020. Demand for gold jewellery is more driven by long-term variables, but demand for gold bars and coins is more influenced by short-term factors, such as inflation or taxation.

©2022 Liemeta ME Ltd. All rights reserved.
Powered by